Ladakh is one of the two newest union territories; the other is Jammu and Kashmir

The centre maintains that rapid development and increased private investments are some of the benefits that mountainous Ladakh – one of the two newest union territories of India – would get from its recent historic move on Jammu and Kashmir.

Now, one of the biggest firms in India that has interests in sectors from petroleum to groceries has revealed its plans for the Union Territory that is already famous among tourists.

“We stand committed to support the people of Jammu and Kashmir and Ladakh in all their developmental needs. Reliance will create a special task force and you will see a lot of announcements on Jammu and Kashmir and Ladakh and our developmental initiatives in the coming months,” Mr Ambani said at the company’s 42nd annual general meeting in Mumbai, news agency ANI reported.

He said the philanthropic work of Reliance Foundation, among India’s top spenders on corporate social responsibility, has reached over 80 lakh people across 19,000 villages. 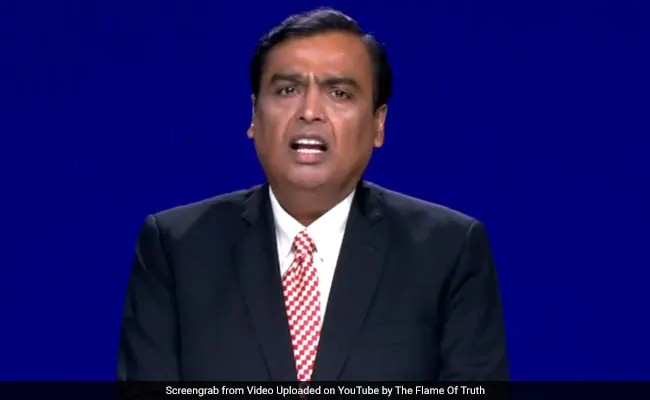 On August 5, the day the centre scrapped special status from Jammu and Kashmir, Prime Minister Narendra Modi said, “…This decision will bring unique development to Ladakh and help enrich the lives of the people.”

Article 370 gave Kashmir its own constitution and restricted the centre’s powers to deciding matters of defence, communications and external affairs. For any other area, the centre had to get the state legislature’s approval.

Ladakh’s only MP Jamyang Tsering Namgyal had in parliament praised the scrapping of special status and the conversion of the mountainous region into a Union Territory. “If Ladakh is today underdeveloped, then Article 370 and Congress party are responsible for it,” the 34-year-old BJP leader said.

Ladakh expects the centre to set up better healthcare and education facilities.

Mr Ambani’s comments on Ladakh and Jammu and Kashmir today came while he was addressing shareholders of Reliance Industries and announcing a 20 per cent stake to Saudi Aramco in one of the largest foreign investments in the country.

The deal valued Reliance Industries at $75 billion, including debt, he said.

Saudi Aramco, the world’s biggest oil producer, has been in talks with Reliance Industries on the stake sale as it plans to secure new markets for its crude.

With inputs from agencies

Get Breaking news, live coverage, and Latest News from India and around the world on NDTV.com. Catch all the Live TV action on NDTV 24×7 and NDTV India. Like us on Facebook or follow us on Twitter and Instagram for latest news and live news updates.